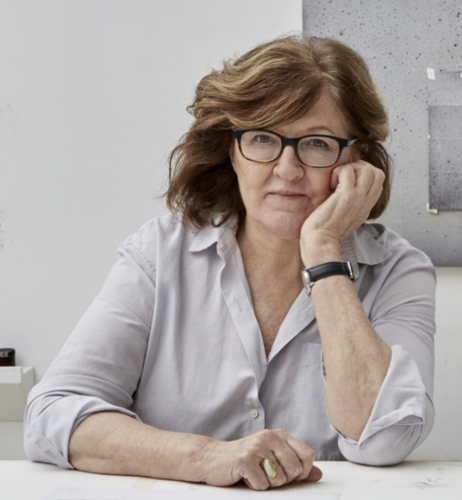 Vija Celmins was born in Riga, Latvia in 1938. Celmins immigrated to the United States with her family when she was ten years old, settling in Indiana. Vija studied at the John Herron Art Institute in Indianapolis, from 1955 to 1962, making trips to New York City to see the work of the Abstract Expressionists. It was during the summer of 1961, that Celmins decided to become a painter, moved to California, in 1963 and received a Master's Degree in Fine Art from UCLA.
Her style was transformed in California; she rejected the ideas of the New York School of artists and began to focus on the simplicity of her subject. Her artwork developed out of her desire to communicate the artistic process, presenting elements of pop art as well as photo-realism.

Her enthusiasm for photo-realism is evidenced in her paintings of the 1960's - working from photographs she took while driving to work or walking along the beach near her home in Venice, California. Her ocean photographs inspired a new format for Celmins, as she began to create graphite and acrylic drawings that examined the construction of the wave. Celmins also painted desert landscapes and began a series of paintings based on the constellations of the night sky.
Her work has been exhibited at numerous galleries and museums, among them: Dickenson Art Center, University of California Los Angeles, 1965; David Stuart Galleries, Los Angeles 1966; David McKee Gallery, New York 1983, 1988, 1992; and the Institute of Contemporary Art, Philadelphia 1992.