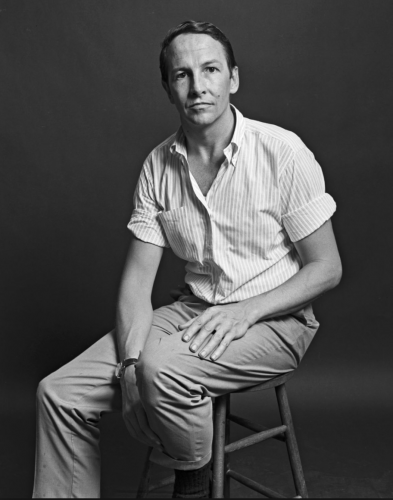 Robert Rauschenberg (born Milton Ernest Rauschenberg) was born on October 22, 1925 in Port Arthur, Texas. After his study of pharmacy was interrupted by getting drafted into the Second World War, Rauschenberg enrolled at the Kansas City Art Institute as well as the Academie Julian in Paris to study art. He eventually left both schools to enroll in Black Mountain College, where he studied painting under Josef Albers. Soon after, Rauschenberg moved to New York and studied with the Art Students League, where he met fellow artist Cy Twombly, who would remain one of Rauschenberg’s closest and most intimate friends throughout his life and an inspiration for his work.

Rauschenberg worked in a variety of media, such as painting, sculpture, photography, printmaking, and even performance art, often mixing several different types of media into one piece. Rauschenberg is perhaps best remembered for his “combines” which combine a series of found objects and painted canvases, often creating a dubious assortment of objects with a confusing, unclear message.

Despite this, Rauschenberg was very politically motivated throughout his career and often rallied against events such as the Vietnam War in his artwork. His overall approach is called “Neo Dadaist” by some in reference to its inherent absurdity. Throughout his entire career, however, Rauschenberg remained a dedicated printmaker as well as other works on paper. His prints have been the subject of several major exhibitions. Most recently, Rauschenberg received an entire career retrospective at the Museum of Modern Art in New York, Robert Rauschenberg: Among Friends, which was open in the summer of 2017. Rauschenberg died on May 12, 2008 after receiving many awards and leaving behind a massive collection of works in both public and private collections around the world.