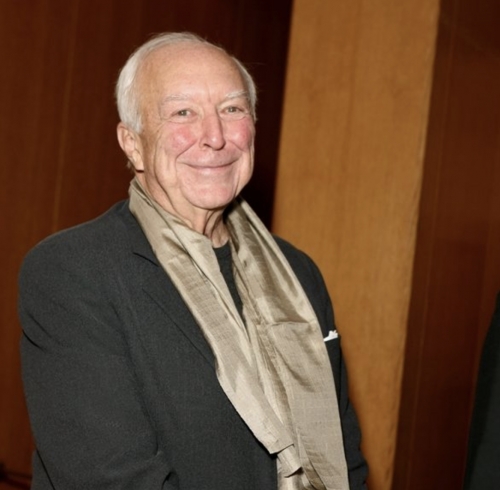 Jasper Johns was born in Allendale, South Carolina in 1930. In 1949, he moved to New York City and began experimenting with styles, and "Flag", dated 1955, earned him his first major attention. It was revolutionary in that it was simply a geometric design on a large canvas, divorced from emotional or political connotation.
His flag paintings are credited as key in the development of Minimal Art in that the focus of these pieces was their linearity and uniformity with de-emphasis on the unique creative talents of the artist. Over the next few years, Johns used the same approach with other images that were traditionally symbols. In 1956 to 1957, he added numbers to his paintings; in 1958, he did his first sculpture of mundane objects. In 1960, he executed his first lithographs.

Johns was given a comprehensive retrospective at the Whitney Museum of American Art, New York, in 1977. He has also shown in 1978 at the Museum Ludwig, Cologne, Muse National d'Art Moderne, Paris, Hayward Gallery, London, and Seibu Museum of Art, Tokyo. He was represented at the Venice Biennale in 1978. In 1979 the Kunstmuseum Basle put on an exhibition of his graphic work, which toured Europe. In 1988 he was awarded the Grand Prix at the Venice Biennale.
In 1997, a major retrospective of 225 of Johns' work was held in New York at the Museum of Modern Art, organized by Kirk Varnedoe. Following this, he began a new series that were much more muted, mysterious, and serene than his earlier work. The exhibition of these paintings debuted on September 15, 1999 at the San Francisco Museum of Modern Art and traveled to the Yale University Art Gallery in January 2000 and then to the Dallas Museum of Art.