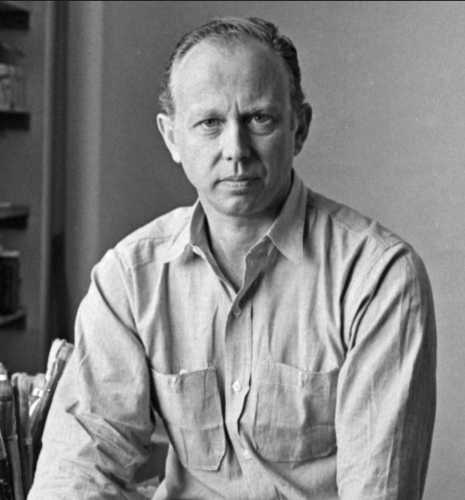 Ellsworth Kelly was born in 1923, in Newburgh, New York. He studied at Pratt Institute in Brooklyn and the School of the Museum of Fine Arts, Boston. In 1948, Kelly went to France and enrolled at the Ecole des Beaux-Arts in Paris. In France, he discovered Romanesque art and architecture and Byzantine art. He was also introduced to Surrealism and Neo-Plasticism, which led him to experiment with automatic drawing and geometric abstraction.

Kelly abstracts the forms in his paintings from observations of the real world, such as shadows cast by trees or the spaces between architectural elements. In 1950, Kelly began to make shaped-wood reliefs and collages in which elements were arranged according to the laws of chance. He soon began to make paintings in separate panels as well as multipanel paintings. During the 1950s, he traveled throughout France and his first solo show took place at the Galerie Arnaud, Paris, in 1951.

Kelly returned to the United States in 1954. His first solo show in New York was held at the Betty Parsons Gallery in 1956, and three years later he was included in Sixteen Americans at the Museum of Modern Art, New York. In 1958, he also began to make freestanding sculptures.