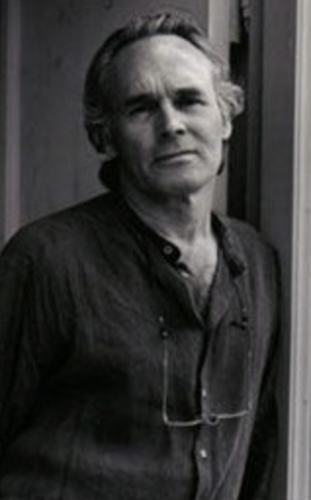 Brice Marden was born in 1938, in Bronxville, New York. In 1961, he received his B.F.A. degree from Boston University School of Fine and Applied Arts and in 1963, received his M.F.A. degree from Yale University School of Art and Architecture.
It was at Yale that Marden developed the formal strategies that characterized his paintings of the following decades: a preoccupation with rectangular formats and the repeated use of a muted and extremely individualized palette.
Marden made his first monochromatic single-panel painting in the winter of 1964. It was during this time that his first solo exhibition was presented at the Wilcox Gallery, Swarthmore College, Swarthmore, Pennsylvania. His first solo show in New York was held at the Bykert Gallery in 1966, and in the fall of that year, he became the general assistant to Robert Rauschenberg. In 1968, he began constructing his paintings with multiple panels.

In 1972, his work was showcased at Documenta in Kassel, and he was honored with a retrospective at the Solomon R. Guggenheim Museum, New York, in 1975. A show of drawings made between 1964 and 1974 traveled in 1974 to the Contemporary Arts Museum, Houston; the Fort Worth Art Museum; and the Minneapolis Institute of Arts.
In the mid 1980s, Marden turned away from Minimalism and more toward gestural abstraction. During the 1990s, Marden has continued to exhibit regularly in New York. He was the subject of two major traveling shows, Brice Marden-Cold Mountain, in 1991 and 1992; and Work books 1965 - 1995, which traveled in 1997 - 98.