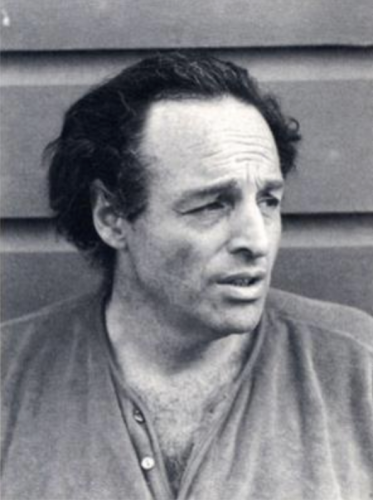 Al Held was born on October 12, 1928, in Brooklyn, New York, and grew up in New York City during the Depression. His first introduction to art did not occur until 1947 when he was convinced by a friend to join the Art Students League of New York. Soon after, he enrolled at the Academie de la Grande Chaumiere in Paris to professionally study art, and returned to New York following his graduation. Held’s career grew quickly as several early solo and group exhibitions were highly praised by critics such as Irving Sandler. He also received the prestigious Guggenheim Fellowship in 1966. Additionally, Held taught at the Yale College of Art from 1963 until 1980.

Al Held’s style changed repeatedly throughout his career. After initially returning to New York, Held fell under the sway of abstract expressionism, which was the dominate style of the time. However, the artist quickly grew tired of this increasingly dated movement and developed perhaps his most iconic style, often referred to as Hard Edge paintings, which dominated his art during the 1960s. While mostly a painter, Held also created prints and won several commissions to create public murals and other works of art, mostly in and around New York City. In his later years, his style began to shift into more geometric and colorful pieces, which had a greater sense of depth and space. A trip to Rome during the 1980s had a deep impact on the artist, and the city's eclectic mix of architectural styles informed the art of Held’s later years. Held died in 2005, leaving behind a large amount of works in both public and private collections around the world.