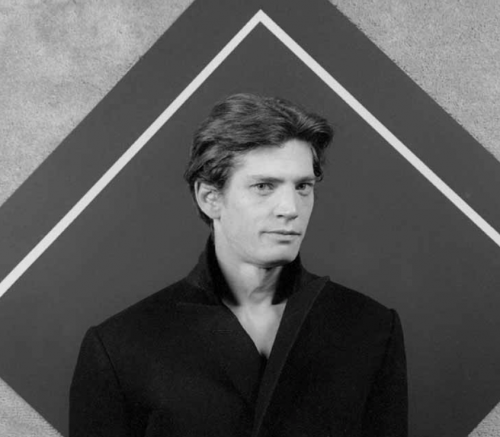 Robert Mapplethorpe was born in 1946 in Queens, New York. He late enrolled at Pratt University where he studied different artistic techniques, such as drawing, painting, and sculpture. After graduation in 1969, Mapplethorpe moved into the storied Chelsea Hotel with his friend Patti Smith and began to experiment with photography. At first, these polaroid pictures were used as material for his mixed media collages, which he had been working with since college. His interest, however, quickly began to shift to a focus on photography in its own right. In 1973, his first solo gallery exhibition was mounted, focusing on just his polaroid work.

In 1975, Mapplethorpe received a better-quality camera and began to document the city around him: from his friends and fellow artists, to celebrities and socialites, all the way down to the underground S&M community, which would later become one of his main artistic focuses. Mapplethorpe continued to focus on black and white photography. By the 1980s, Mapplethorpe moved away from documentary work to stylized nudes, flower still lives, and studio portraits. In doing so, he hoped to produce images that adhere to classical aesthetic standards with also challenging them. In 1988, the Whitney Museum of American Art, launched his first major museum retrospective. Mapplethorpe would pass away the following year from complications due to AIDS. His work remains highly sought after and can be found in major museum collections around the world.