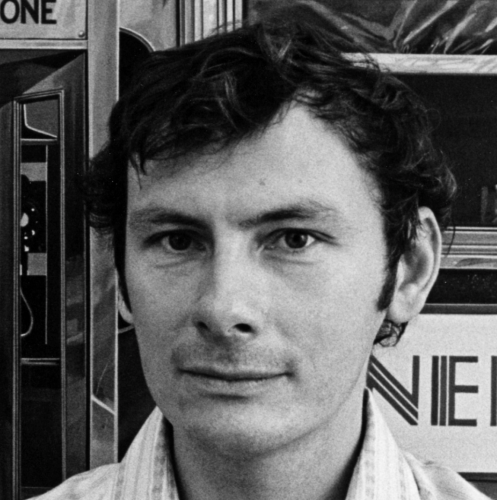 Richard Estes was born in 1936 in Kewanee, Illinois. He is an American painter who is best known for his photorealistic paintings. He is regarded as one of the founders of the international photo-realist movement of the late 1960s.
Richard moved to New York City in 1956, after he had completed his course of studies at The School of the Art Institute of Chicago, and worked for the next ten years as a graphic artist in New York and Spain and painted during his spare time.
By 1966, he devoted himself full-time to painting. Most of Richard's paintings from the early 1960s are of city dwellers engaged in everyday activities. Beginning around 1967, Richard began to paint storefronts and buildings with glass windows, and more importantly, the reflected images shown on these windows.

The paintings were based on color photographs he would take, which trapped the evanescent nature of the reflections, which would change in part with the lighting and the time of day. Richard had his first of many one-man shows in 1968, at the Allan Stone Gallery. His works have also been exhibited at the Metropolitan Museum of Art, the Whitney Museum, and the Solomon R. Guggenheim Museum. He currently lives and works in New York and Maine.