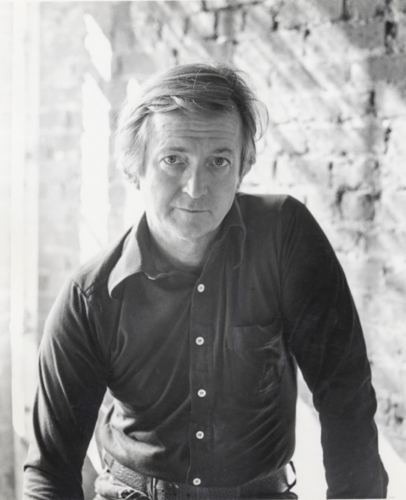 Jack Youngerman, who was born in Louisville, Kentucky in 1926, was educated at the University of North Carolina, the University of Missouri, and the Ecole des Beaux-Arts in Paris. An optical magician, Youngerman creates illusions with a series of prints based on a single geometric form. The central figure remains constant, as does its undefined background. Only the colors vary to create subtle changes in the way the object is perceived and its relationship to the surrounding area. Youngerman's honors include the National Council of Arts and Sciences Award in 1966, a National Endowment for the Arts Award in 1972, and a Guggenheim Fellowship Award in 1976.

Between 1950 and 1982 he had thirty-five one-man shows and has participated in more than sixty-six group shows. Public collections with his works include the Art Institute of Chicago, the Corcoran Gallery of Art, Washington, D.C., the Museum of Modern Art, New York, the Carnegie Institute, Pittsburgh, and the Museum of Fine Art, Houston.