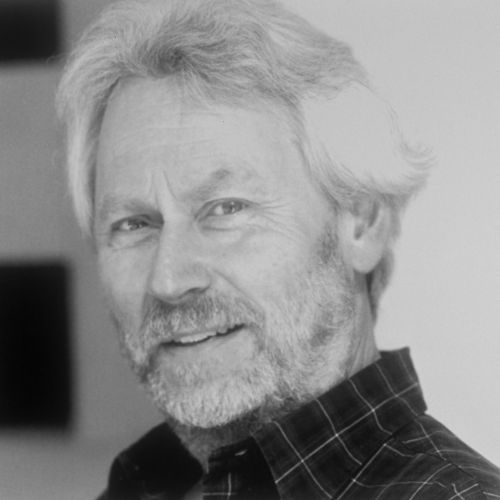 Donald Judd was born in 1928, in Excelsior Springs, Missouri. In 1949, he moved to New York to study philosophy at Columbia University while he took art classes at the Art Students League.
The Panoramas Gallery organized his first solo exhibition in 1957. In the early 1960s, he switched from painting to sculpture and started to develop an interest in architecture. Judd challenged the artistic convention of originality by using industrial processes and materials such as steel, concrete, and plywood to create large, hollow Minimalist sculptures.
His second solo show was held at the Green Gallery, New York, in 1963. The Leo Castelli Gallery, New York, organized the first of a long series of individual exhibitions in 1966. The Whitney Museum of American Art, New York, organized the first retrospective of his work in 1968.

In 1971, he participated in the Guggenheim International Award exhibition at the Solomon R. Guggenheim Museum, New York. He participated in his first Venice Biennale in 1980, and in Documenta, Kassel, in 1982. In 1984, he started designing furniture for the purpose of manufacturing.
In 1987, Judd was honored by a large exhibition at the Stedelijk Van Abbemuseum, Eindhoven. The Whitney Museum of American Art organized a traveling retrospective of his work in 1988. In 1992, he was elected a member of the Royal Academy of Fine Arts, Stockholm, and received a prize from the Stankowski Foundation, Stuttgart, increasing the list of his numerous awards. The artist died in 1994, in New York.