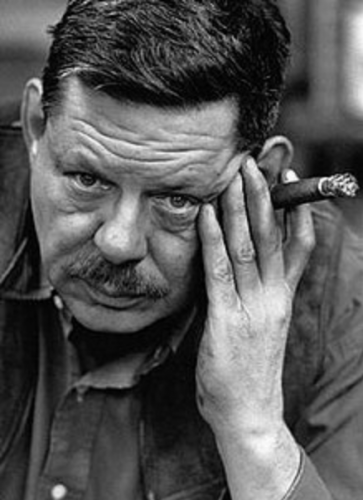 David Smith was born on March 9, 1906 in Decatur, Indiana and spent most of his

early life in the Midwest. In 1926, he moved to New York and began taking classes at

influences. Throughout the 1930s, Smith was limited in his artistic output by the Great

Depression and often took jobs working for the Works Progress Administration. During

the Second World War, he was briefly paused creating art, to work as a welder and a

part time teacher. By 1945-46, Smith was finally able to release his pent up artistic

energy and produced a large amount of artworks. A 1950 Guggenheim grant allowed

him to work with stainless steel for the first time.

been deemed only suitable for painting and translate it into sculpture. He was the first

to create sculptures of landscapes and still lives. Eventually, his work grew more

abstract with the 1950s “Cubi” series, which was strongly influenced by Cubist

techniques. His work also took on a massive scale, with some sculptures being almost

13 feet tall. Equally as important to the artist were his paintings, drawings, and prints,

and he was prolific in all of these areas. The artist died in 1965, however had already

had several solo exhibitions at major galleries and museums. His work continues to be

highly sought after and can be found in major private and public collections.