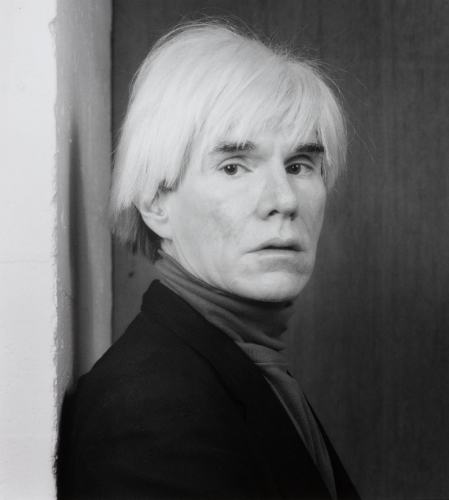 The Susan Sheehan Gallery has been handling prints, works on paper, and paintings by Andy Warhol for nearly twenty years. In addition representative examples from Warhol's famous work of the 1960s, 70s and 80s, we have one of the country's largest collection of Pre-Pop material. Consequently we are experts in buying and selling artwork from all phases of the career of this most important of 20th Century American artists.
Born in Pittsburgh in 1928 Warhol graduated from Carnegie-Mellon University in 1949, and moved to NYC. He quickly made a name for himself as a graphic designer and illustrator, most notably as the creator of a highly touted series of shoe advertisements in the New York Times for I. Miller. This success laid to a number of design awards as well as the financial means to buy a brownstone apartment building on Manhattan's Upper East Side. There he installed his mother, twenty-five cats (all named Sam), and a phalanx of assistants to help him make his illustrations. It was during this period that Warhol began to make the work often referred to as "Pre-Pop." This material is categorized by a light-hearted wit and a fascination with subjects that would remain preoccupations throughout his career: movie stars, shoes, animals and flowers.

While he had been making artwork all through the 1950s, he had been showing it mainly to his closest friends; it wasn't until the early 1960s that Warhol felt that his work was ready to be shown publicly. He first approached the Leo Castelli Gallery, home to Jasper Johns and Robert Raushenberg-two artists Warhol admired (and collected). Castelli turned Warhol down because Castelli had just agreed to show Roy Lichtenstein's work, and Leo thought that the two artists would be redundant. Gallery director Ivan Karp helped Warhol find other avenues for his paintings, and eventually Warhol joined the Stable Gallery on west 57th Street.
Warhol's use of images culled from such popular sources as comic books, advertisements, and cinema, stood in stark contrast to the then prevailing dominance of abstract art, and it wasn't long before Warhol, along with fellow artists Roy Lichtenstein, Claes Oldenburg and James Rosenquist began to be grouped together as Pop Artists.